info@sheltonandlines.co.uk
Find a Property
Contact Us
back to latest news
23rd December 2021 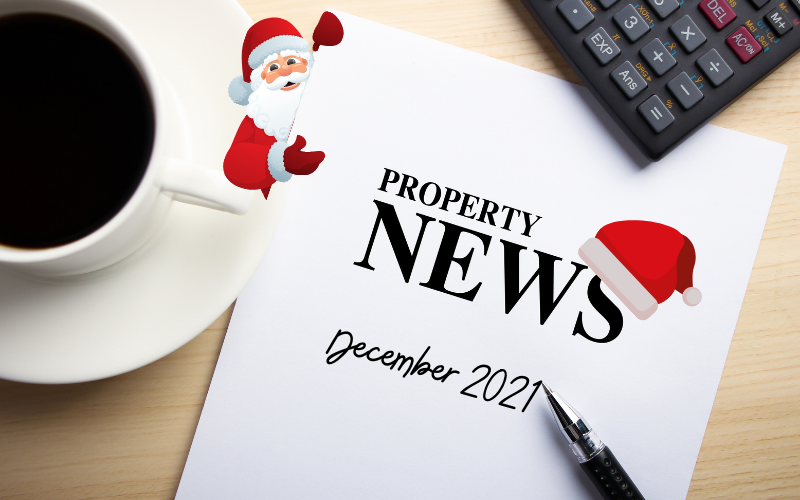 The big news for the UK property market in December is the first rise in interest rates for three years, and various lenders are predicting a less frenetic housing market in 2022 .

These are just some of the headlines this month in December’s UK property market update. Read on to find out more.

Interest rates rise for the first time in 3 years

The Bank of England has increased interest rates for the first time since August 2018 as inflation runs at its highest rate for 10 years.

For homeowners with tracker or variable mortgages, this is likely to mean an increase in their monthly repayment of around £10 to £15 on average.

Around two million homeowners will be affected, but with fixed-rate deals being a popular mortgage type, the change won’t impact all property owners immediately.

The interest rate increase has been rumoured for some months and comes in response to inflation levels reaching 5.1% which is way ahead of the Bank of England’s 2% target.

One of the UK’s biggest lenders is forecasting an end to the current housing boom next year.

According to Halifax, market growth is likely to remain ‘broadly flat’ in 2022, following two years of remarkable growth.

Following increases of 6% in 2020 and 8% in 2021, the lender is predicting growth of 2% at most, with a flat market being the more likely scenario.

The main reason for this slowdown is the rise in household goods and bills, meaning a squeeze on budgets for many households.

In positive news for first-time buyers, the Bank of England has revealed its plans to make mortgages more attainable.

As part of the current criteria, would-be homeowners have to prove they could meet the repayments on their lender’s standard variable rate if interest rates increase by 3%.

However, in the early part of next year, the bank will be meeting with big-name lenders and industry experts to discuss withdrawing the outdated rule.

The rule was one of many affordability rules introduced in 2014 following the 2008 financial crisis. Its aim primarily was to ensure that any sharp rise in interest rates wouldn’t result in homeowners being unable to afford their mortgages.

However, at that time, interest rates were forecast to increase to 2.25% over the next five years. Currently, interest rates stand at just 0.25%, and the latest forecasts indicate that any rise in interest rates is likely to be much slower than in previous years.

If the planned rule change does come in, it’s likely to be a big boost for first-time buyers, many of whom wouldn’t meet the affordability criteria under the current rules.

Survey reveals just how much parents are willing to help their children get on to the property ladder!

A study by property portal Zoopla has revealed some of the eye-watering figures that parents are willing to gift their children to help them take their first steps on the property ladder.

According to the study, the average amount forked out by parents to help their kids with a deposit is £32,440, while 14% of the parents polled have given them upwards of £50,000.

The findings also revealed that an incredible 64% of parents with grown-up children who are homeowners, gave them at least some money towards their deposit.

And it doesn’t stop once the kids have fled the nest either! The results also showed that 36% of parents have helped with their offspring’s rent or mortgage payments at some point.

One council has come up with a novel way of solving the housing crisis in its area.

West Devon Borough Council is offering money to tenants who downsize, as part of its efforts to tackle a shortage of affordable family housing.

Anyone with a council rented property who moves to a smaller home will be given a £1,000 fixed payment, plus £500 per bedroom they release.

So, a couple who downsize from a three-bedroom house to a one-bedroom flat, for example, would receive a payment of £2,000. The council also confirmed that in some cases, the payment could be as high as £5,000 on a discretionary basis, where housing stock is particularly pressurised.

Devon County Council’s leader has spoken openly about a housing crisis in the county, due to rising house prices and a lack of rental properties, and it’s hoped the new scheme will go some way towards combating the issue.

Shelton & Lines are your local property experts for the Worcester area. Call us on 01905 616330 or email info@sheltonandlines.co.uk to find out how we can help you buy a new home or sell your property.

May I wish you a happy and healthy Christmas and New Year.